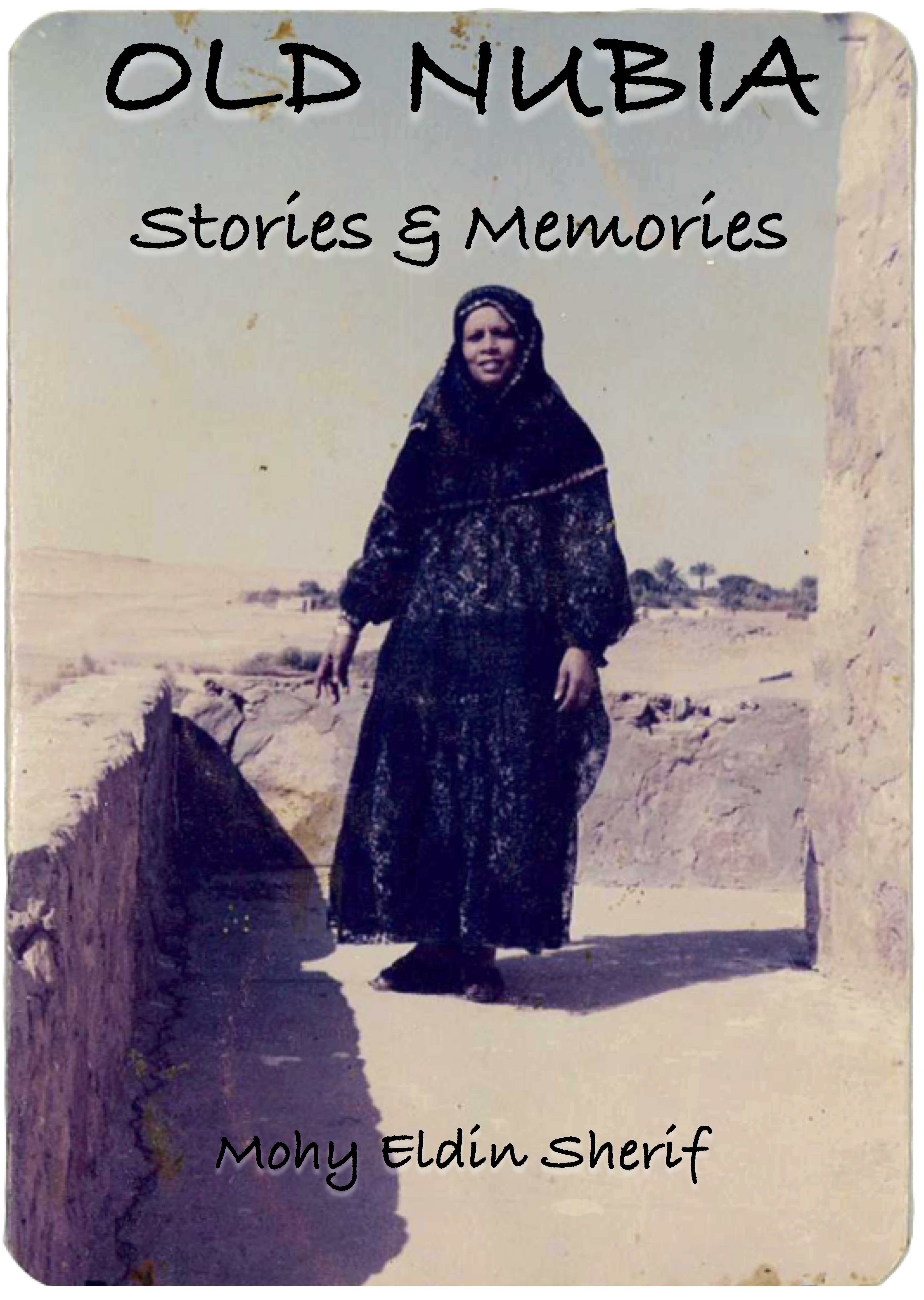 Old Nubia: Stories & Memories recounts true stories from the author’s childhood in the village of Abu Simbel in the south of Egypt before the millennia-old village was flooded by the construction of the Aswan High Dam.

Mohy Eldin Sherif was born at the village of Abu Simbel, Aniba Section, Aswan. He studied in the village school and finished his schooling in Cairo. He studied Public Relations and Mass Communications and worked in a company using these skills. He was deputy and charter member of the Association for the Preservation of the Nubian Heritage, consultant for the General Nubian Club and member of Nubian charities. He worked as an art critic, editor and illustrator for Sudanese and Nubian magazines which were distributed in Egypt. Sudanese radio stations presented a number of his speeched, articles, poems and serials. His story Dahab and Dahiba was presented evening program and also was broadcast on the radio station, The Arab Voice. Various plays were presented in his honor at Nubian association parties and theatres in Cairo and Alexandria. He held a major position as a writer of Nubian songs which were sung at Nubian parties and weddings. The songs which he wrote were sung by the world famous singer, Hamza Alaa Eldin. They were made into records and distributed worldwide. He wrote numerous songs in the Nubian language, colloquial Egyptian and Sudanese Arabic. Many singers such as the Sudanese artist Ismail Abd Almoin, and Nubian singers Abd Allah Bata, Abd Alfatah Salah, Ahmad Munib, Hassan Gazuli, Aladindani, and Magda Ali sang these songs.

Seasons of Migration to the North 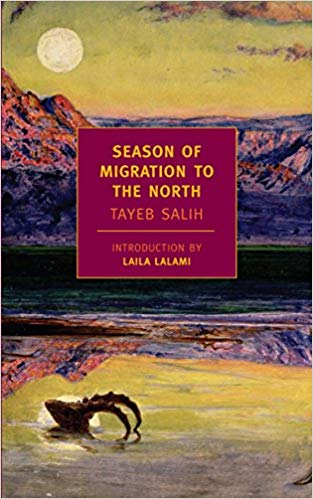 After years of study in Europe, the young narrator of Season of Migration to the North returns to his village along the Nile in the Sudan. It is the 1960s, and he is eager to make a contribution to the new postcolonial life of his country. Back home, he discovers a stranger among the familiar faces of childhood—the enigmatic Mustafa Sa’eed. Mustafa takes the young man into his confidence, telling him the story of his own years in London, of his brilliant career as an economist, and of the series of fraught and deadly relationships with European women that led to a terrible public reckoning and his return to his native land. Season of Migration to the North is a rich and sensual work of deep honesty and incandescent lyricism. In 2001 it was selected by a panel of Arab writers and critics as the most important Arab novel of the twentieth century.

Tayeb Salih (1929-2009) was born in northern Sudan in 1929 and educated at the University of Khartoum. After a brief period working as a teacher, he moved to London to work with the BBC Arabic Service. Salih later worked as director general of information in Qatar in the Arabian Gulf, and then with unesco in Paris and the Arab Gulf States.

Purchase Seasons of Migration to the North 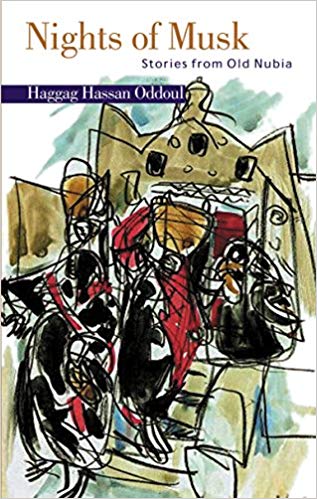 Haggag Oddoul’s work, as well as documenting the personal tragedy of individuals caught up in massive social transformation, also casts a nostalgic light on the heritage and way of life of the Nubians. Two stories in this collection, ‘’Zeinab Uburty’’ and ‘’Nights of Musk,’’ offer a bucolic and dream-like insight into the world that has disappeared for ever under the water behind the dam. Meanwhile, two other stories, ‘’Adila, Grandmother’’ and ‘’The River People,’’ document the departure of the men, while the women are left behind to go fallow, and the second and third generations born in the cities of the north have only their grandmother’s tales and her pigeon Arabic to remind them of their heritage.

Haggag Hassan Oddoul was born in Alexandria in 1944 to parents who had left their native village in the Nubian region of southern Egypt. He was a construction worker on the Aswan High Dam, then served in the Egyptian armed forces during the War of Attrition and the October 1973 War. He began writing at the age of forty, and has written short stories, novels, and plays. Nights of Musk was awarded the State Prize for Short Stories in 1990. 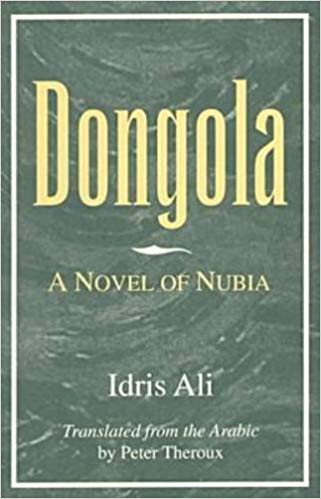 Awad Shalali, a Nubian worker in modern Egypt, dreams of Dongola—the capital of medeval Nubia, now lost to the flood waters of the Aswan High Dam. In Dongola, the Nubians reached their zenith. They defeated and dominated Upper Egypt, and their archers, deadly accurate in battle, were renowned as “the bowman of the glance. Through his characters’ pain and suffering, Idris Ali paints in vibrant detail, with wit and a keen sense of history’s absurdities, the story of cultures and hearts divided, of lost lands, impossible dreams, and abandoned lives.

Idris Ali is the author of three short story collections and another novel, Explosion of a Skull. Self-taught in literature, he attended the Cairo Religious Institute of Al-Azhar and currently lives in Cairo, Egypt. 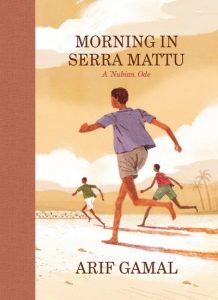 A mosaic of interrelated stories exploding with personality, myth, and geohistorical weight, Morning in Serra Mattu is a profound, joyful meditation on life in modern Sudan. Gamal seamlessly blends large-scale political realities with the local, the traditional: “old villages/ whose ancient way is so composed/ each single blade of grass is known/ and in its place.”

The son of a career diplomat, Arif Gamal was born in 1949 and raised in Khartoum, Sudan. He left Sudan for France in 1975 to attend graduate school, returning after receiving his doctorate in environmental science. Following the 1989 military coup d’état in Sudan—and with his family under constant government surveillance—Gamal received an invitation to be a Senior Fulbright Scholar at the University of California, Berkeley, and has lived in Northern California with his family ever since.